Singapore, 21 October 2019 – The world’s first full-scale air taxi vertiport has been unveiled today at the Intelligent Transport Systems (ITS) World Congress in Singapore. The VoloPort is the outcome of an exciting collaboration between Volocopter, the German urban air mobility and air taxi pioneer, and Skyports, the vertiport developer, owner and operator. Volocopter and Skyports announced today that they will continue their partnership with the aim of introducing commercial air taxi services in Singapore and beyond.

“The VoloPort is an important step towards establishing an entire air taxi solution in Singapore.  Skyports has identified a number of potential VoloPort locations and air taxi routes across the city state.  We look forward to the next stage of our exciting partnership with Volocopter as we work towards the introduction of commercial air taxi services in the city state,“ says Duncan Walker, Managing Director of Skyports.

“There are three major aspects that need to be in place for urban air mobility to become reality: the aircraft, the infrastructure, and the necessary regulation for both. Standing inside the VoloPort makes Urban Air Mobility feel extremely real and demonstrates that air taxi operations are not a faraway future, but very feasible to achieve within the next two to five years. Today marks a fantastic step forward!” says Florian Reuter, CEO of Volocopter.

As part of the ITS World Congress, Volocopter and Skyports have built up the VoloPort prototype on the Float @ Marina Bay. During the conference numerous visitors are expected at the VoloPort, including representatives from the EU Commission, the EASA, and the Ministry of Transport of various countries.

The VoloPort demonstrates numerous capabilities to support a smooth customer journey as well as operational processes. As such, it allows industry leaders, and the public to understand what they might expect when using a VoloPort in the near future. A static Volocopter 2X vehicle is also on display at the heart of the VoloPort.

The VoloPort is designed to offer an exceptional passenger experience, using the most modern safety and security processes.  Its modular design can be easily adapted to fit rooftops, railway stations, parking lots and other metropolitan locations. It will accommodate a wide range of electric air taxis, serving business travellers, tourists and anyone else fed up with sitting in traffic.

Ground-based infrastructure is critical to the success of urban air mobility (UAM). VoloPorts are the only physical infrastructure required for so called eVTOL (electric vertical take-off and landing) passenger air taxis to take off and land and are a vital means of establishing commercial operations in urban environments.

In support of their expansion plans Volocopter opened an office in Singapore in January 2019 and has started to build up a local team.  Skyports followed suit in September 2019 and will be hiring full-time local staff in early 2020. 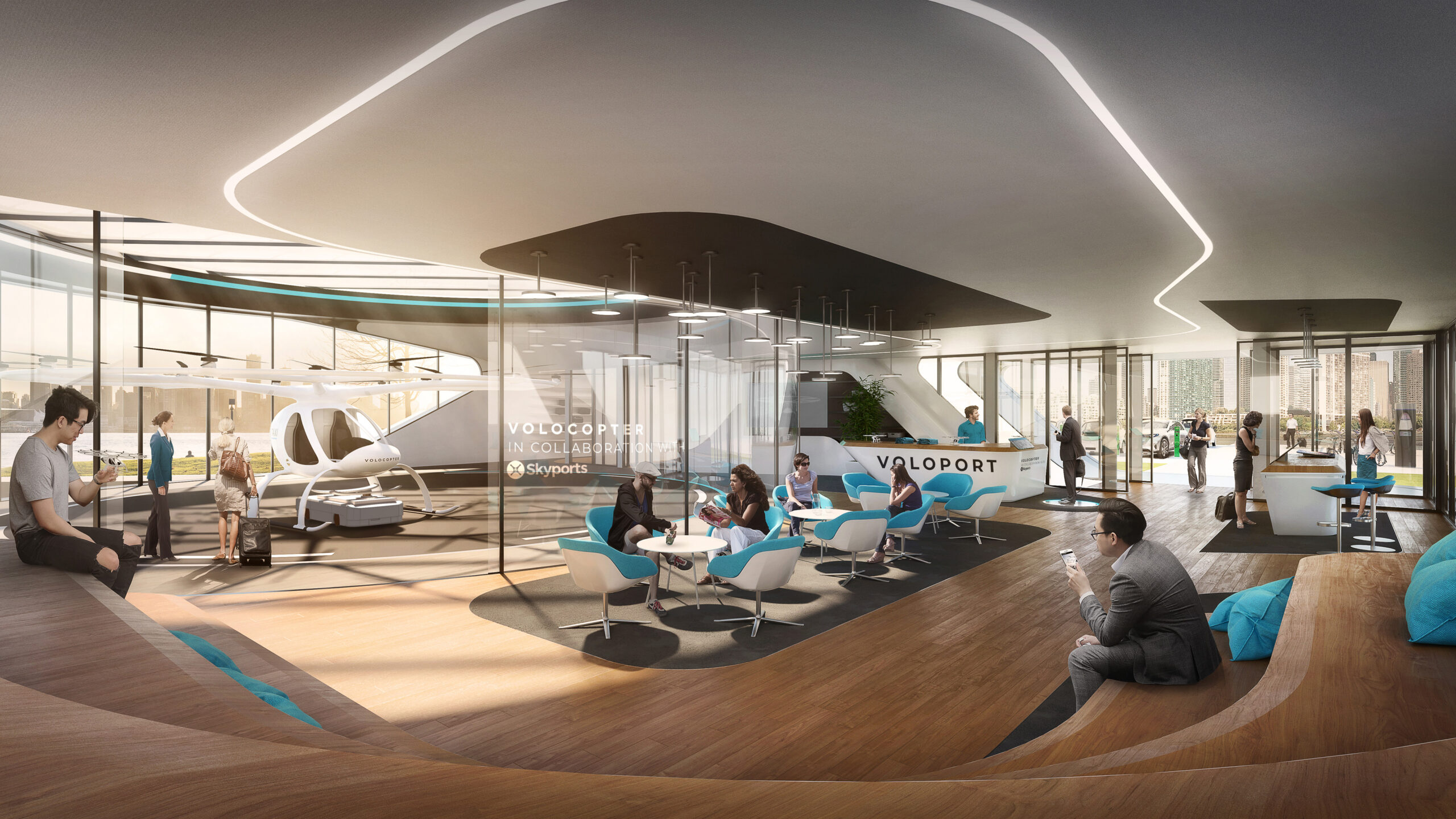 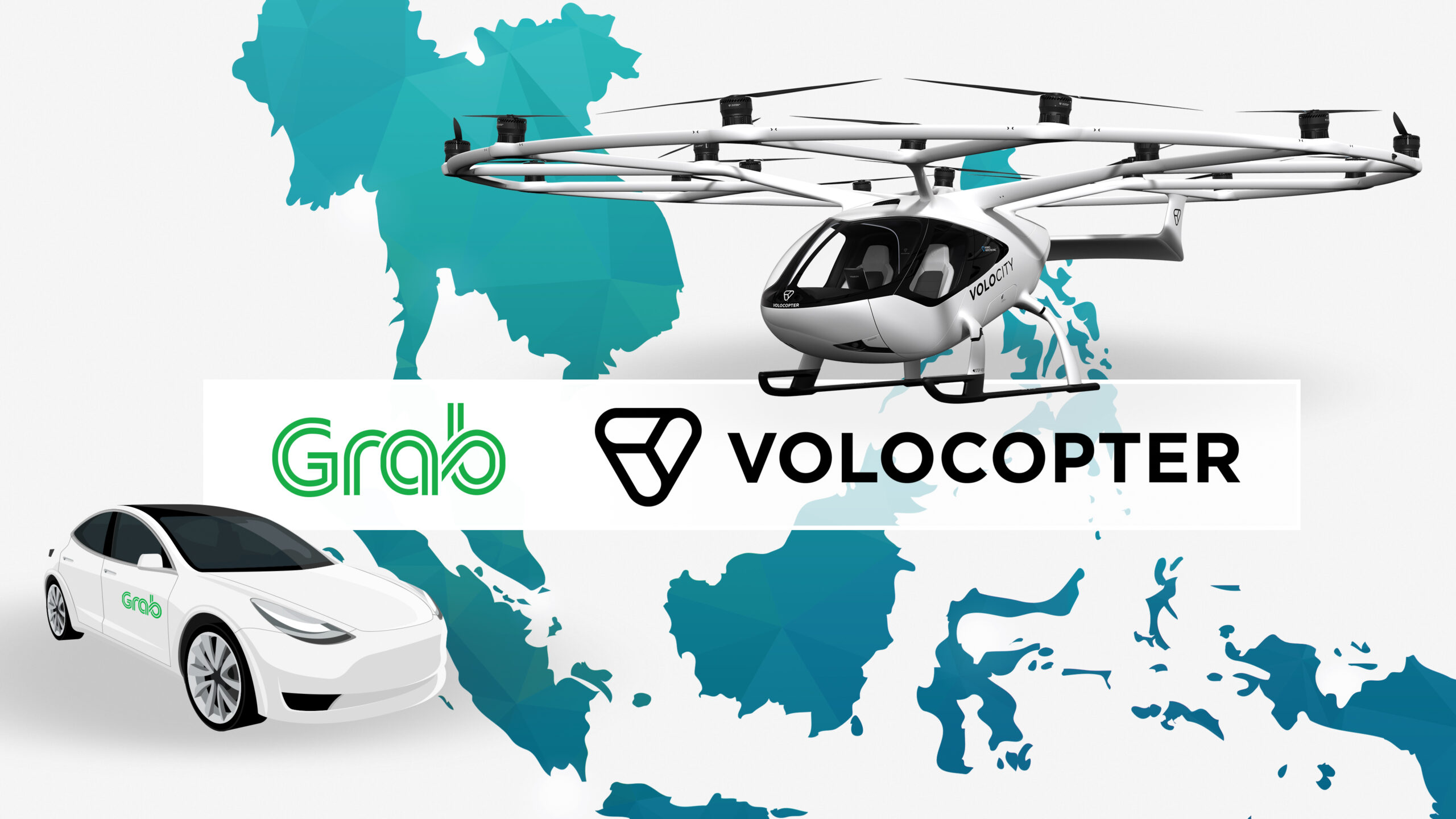 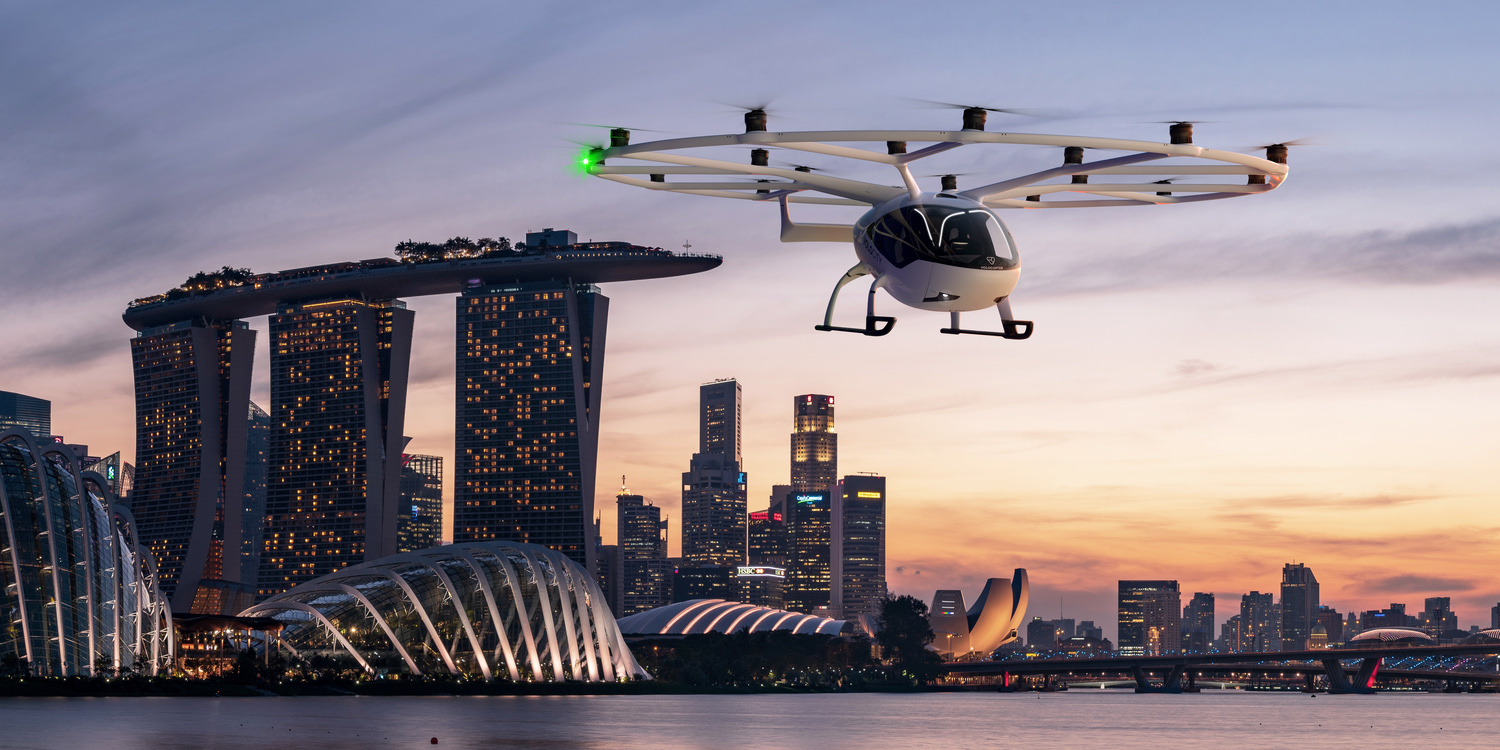 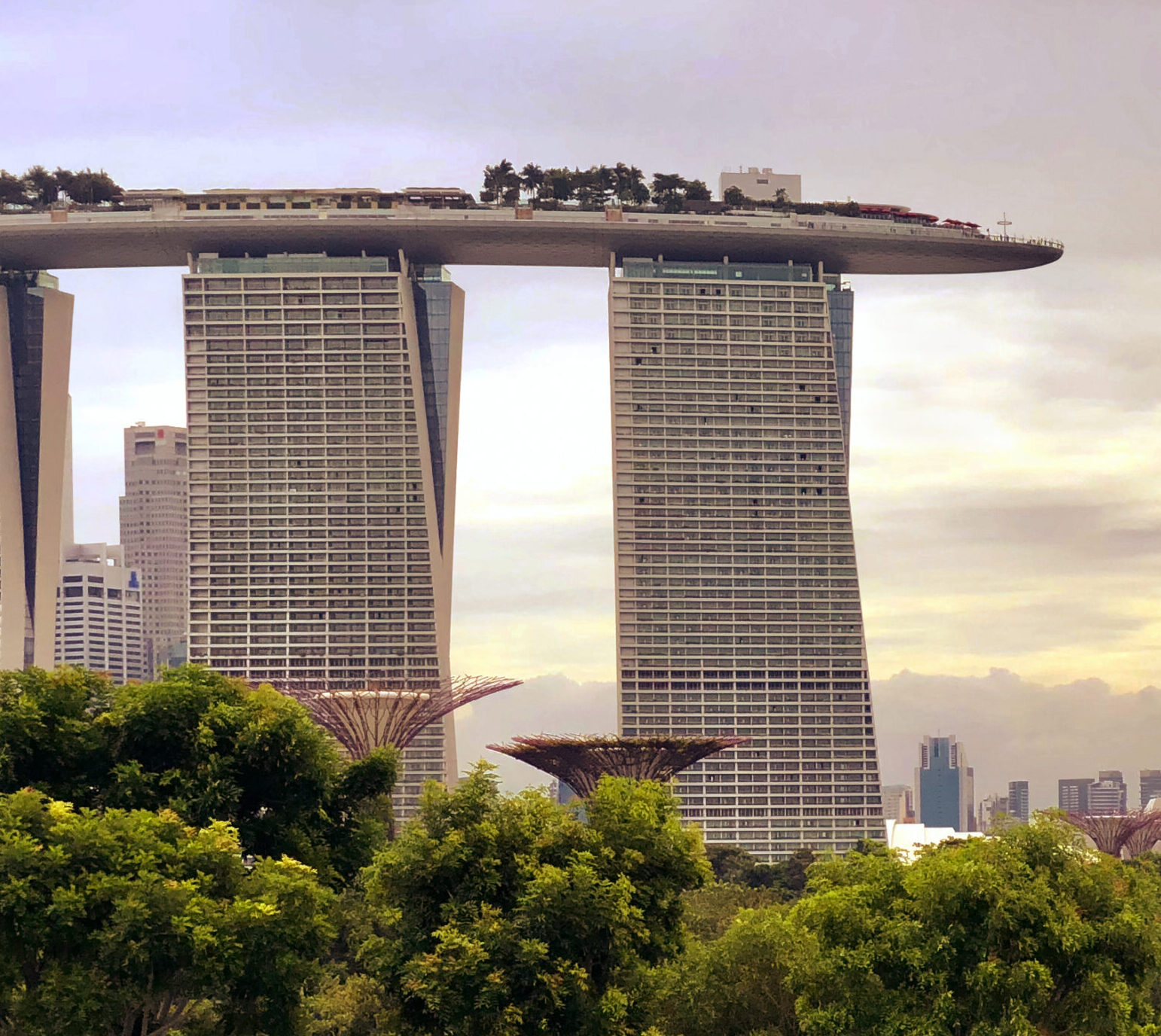 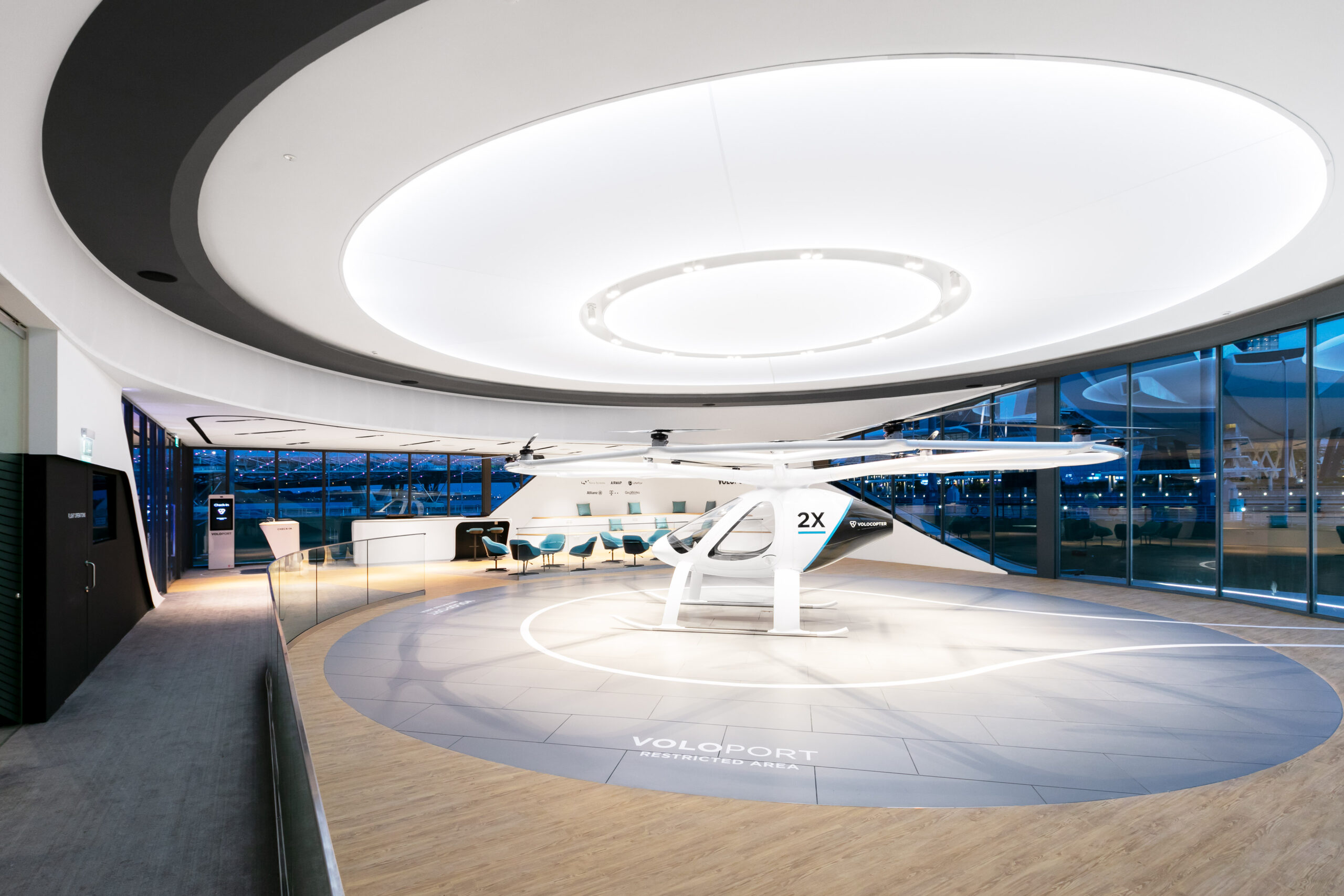 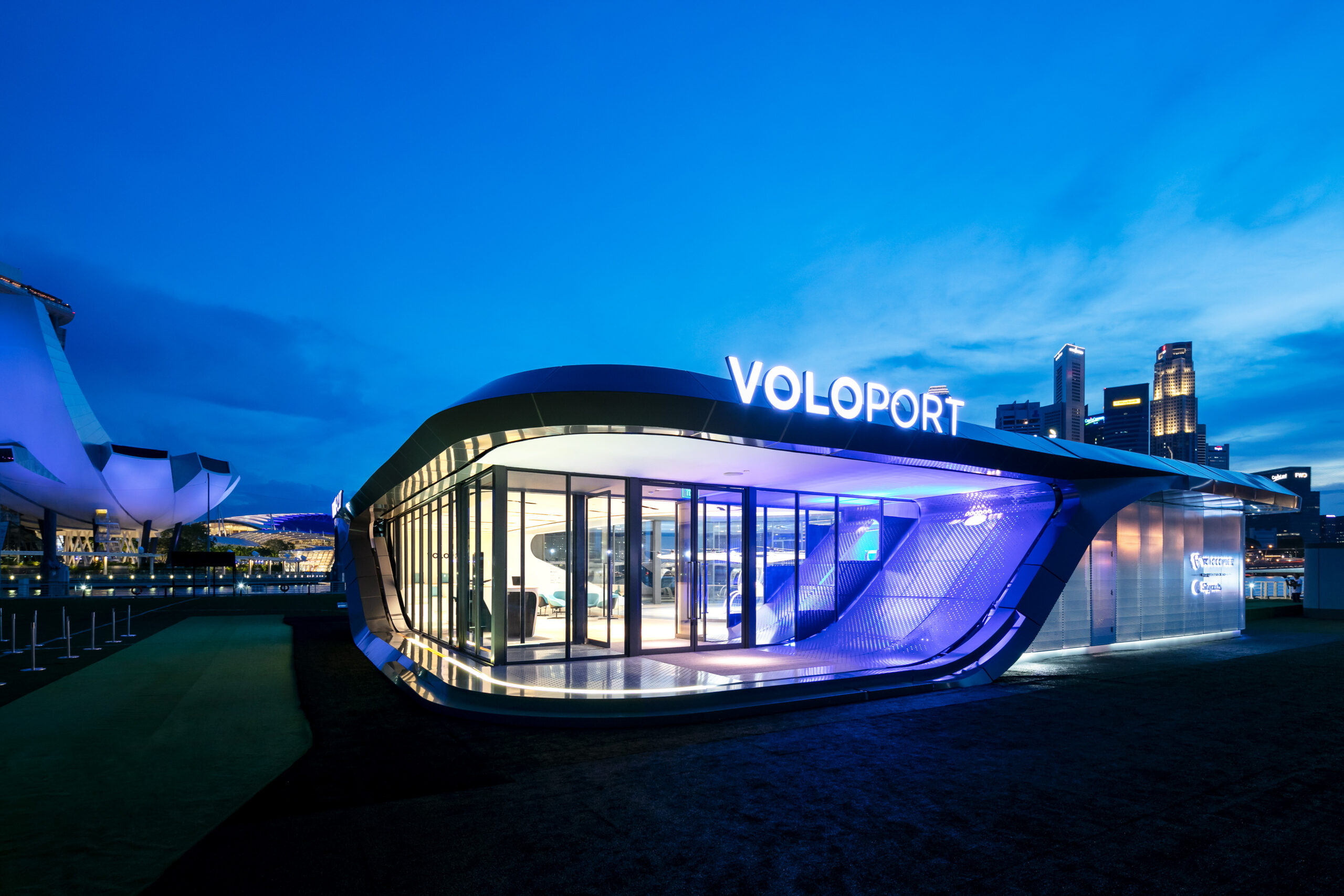 Skyports is connecting the world through our skies by building and operating critical infrastructure for urban air mobility and managing end to end drone deliveries.

Skyports is working with the leading electric vertical take-off and landing (eVTOL) passenger and cargo vehicle manufacturers around the world to secure, design, build, own and operate vertiports enabling safe and efficient flight operations within urban and suburban environments.

Based in London, United Kingdom, Skyports has projects operating globally, including in the Europe, North America, Asia and Africa.

In 2011, Volocopter performed the first-ever manned flight of a purely electric multicopter and has since showcased numerous public flights with its full-scale aircraft. The most notable have been the flight at the CES 2018 in Las Vegas and the world’s first autonomous eVTOL flight in Dubai 2017.

Founded in 2011 by Stephan Wolf and Alexander Zosel, Volocopter has 150 employees in offices in Bruchsal, Munich, and Singapore. The company is managed by CEO Florian Reuter, CTO Jan-Hendrik Boelens, and CFO Rene Griemens, and has raised a total of 85 million euro in equity. Volocopters‘s investors include Daimler, Geely, Intel Capital, BtoV, and Manta Ray Ventures. Find out more at: www.volocopter.com