Last year, UAM pioneer Volocopter rose to the challenge of bringing its fully electric VoloCity air taxi off the ground and into the air. In this post, we’re sharing the very first video of that memorable flight.

The VoloCity is born

In the 10+ years that our Volocopter ground crew has been developing electric vertical takeoff and landing (eVTOL) vehicles, we’ve pioneered numerous generations of UAM passenger aircraft. From our yoga ball tests as a fledgling company right through to the VC200 proof of concept and our high-flying, record-breaking 2X, our company’s momentum has been propelled by our safety-first approach, by ensuring we continue to push the limits of innovation, and by keeping our eyes squarely on the ultimate flying prize. 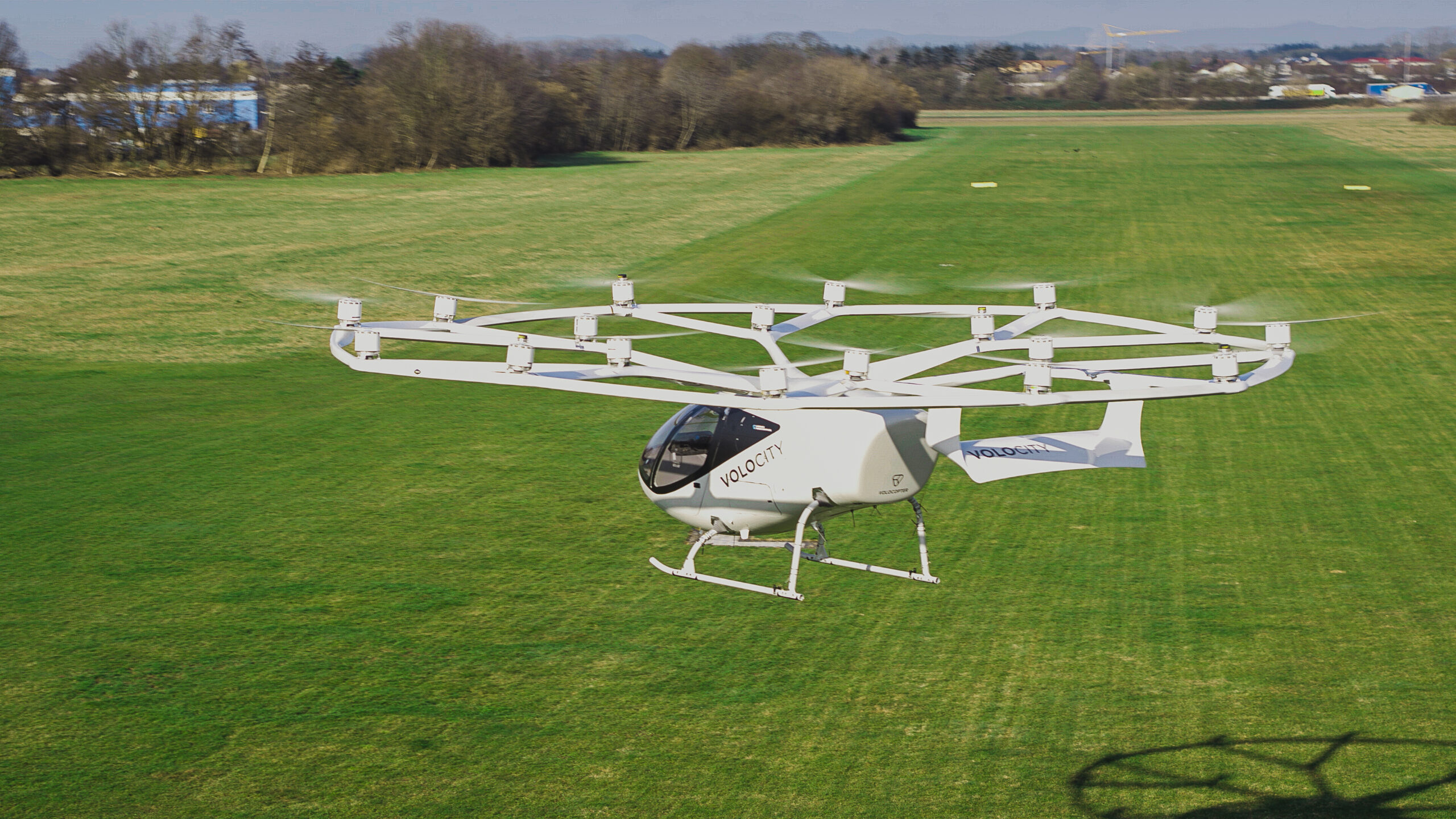 The VoloCity takes to the skies for its maiden flight

But before the VoloCity took to the skies, our team had proven to the regulators that all operational risks were duly mitigated. Once we got their green light, we could start powering up the aircraft and prepare it for takeoff.

That’s how UAM pioneer Volocopter clocked up over 1,500 test flights – or dress rehearsals – in preparation for this very moment. Theory, design, processes, simulations, and structures were all layered one on top of the other to create a solid foundation for the UAM pioneer’s vision. Ultimately, it was a combination of teamwork, open communication, and attention to detail that helped us devise our action plan. And before we knew it, Volocopter was gearing up for the VoloCity’s debut.

Tale of a maiden flight

On a chilly December morning, our team was excited because everything was finally coming together. As the VoloCity emerged from the hangar and moved into the airfield, we held our breath for the flight test we’d been waiting no less than 11 years to conduct!

As the rotors began to turn and a light humming filled the air, the flick of a remote switch caused the VoloCity to take off and perform its maiden flight in Bruchsal, southern Germany. Once in the air, the term “air taxi” quite literally became next-level! The airborne VoloCity was much more than an innovative aircraft – it was the culmination of the Volocopter team’s hard work and dedication, and its success in bringing this novel technology to life.

As UAM pioneers, the challenges we surmounted as a team gave us the momentum we needed to achieve this historic milestone. Ultimately, we proved that the system we developed for our aircraft really did give it wings.

Today, we celebrate a remarkable achievement: the culmination of our aspiration to create a better future in which electric aircraft and emission-free flights are the new dimension of global mobility. As Volocopter taxis toward this new frontier, it will make urban flights just a few smartphone clicks away. These moments demonstrate how our pioneering spirit will bring our vision to life before our very eyes. And it’s just the push we need as we enter the final leg of the race to commercial launch.

We invite you to take a moment to let this future-forward experience sink in, and join us as we celebrate the journey of our first VoloCity flight.

HAPPY TO HAVE YOU!
To activate your subscription, please click the link in the email that should have already landed in your inbox. Please also check your spam folder.
Error
Recipient could not be created (Internal API error).
Error
Recipient with email already exists.
THE NEWSLETTER
Sign up for the Volocopter Newsletter and receive all the latest UAM intel.