#Blog: Women in Aviation: Why Engineering and I Are a Match Made in “Urban Sky” Heaven

Jaime joined the Volocopter team in July 2021, and for the past year the Lead Flight Test Specialist Engineer has been setting an example for tomorrow's female engineers in an effort that spans continents. Here’s her story. 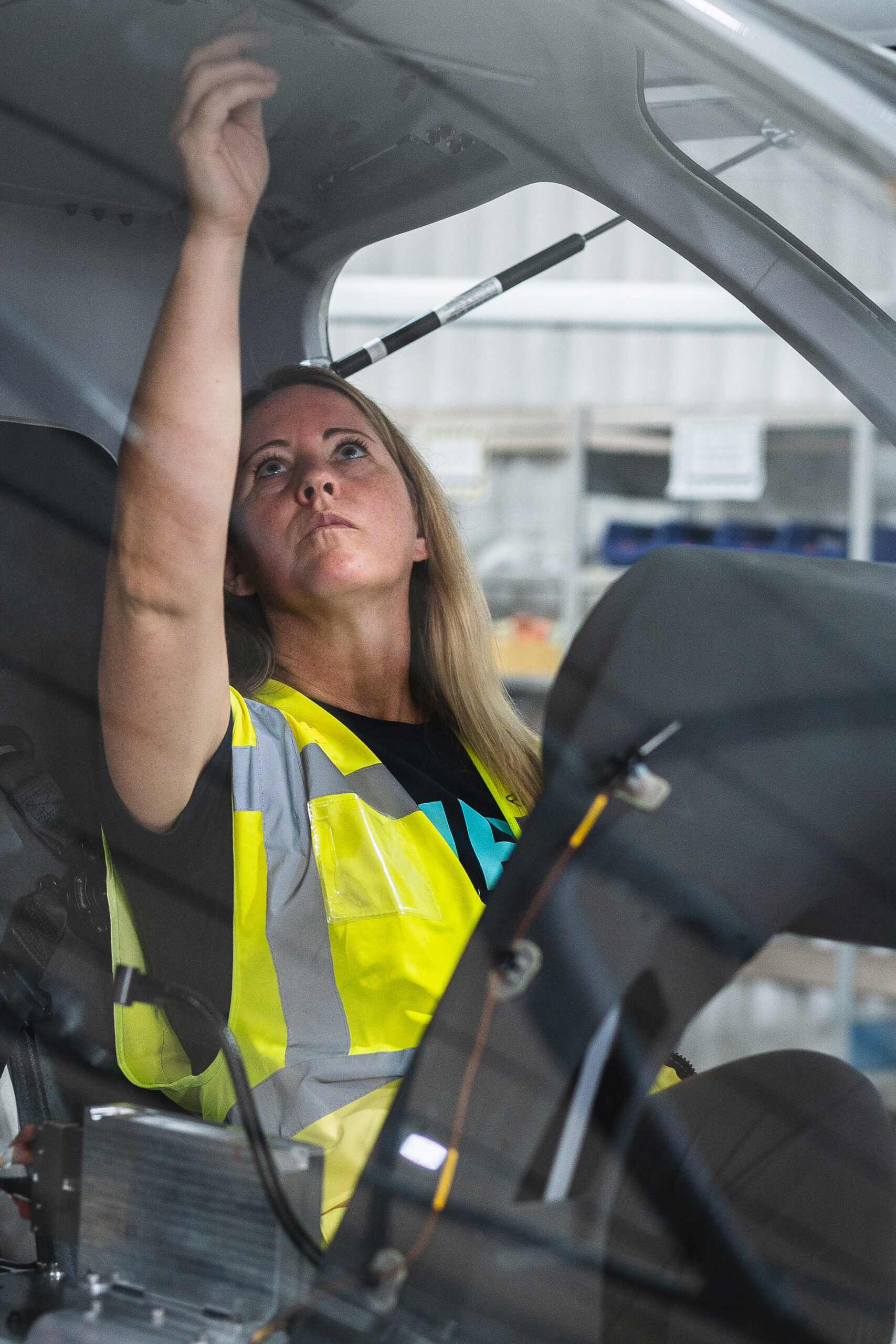 Before every test flght, Jaime checks that all systems are ready to go.

You might say I’m something of an aviation veteran. While my mirror-mirror on the wall can attest to me not being quite as fresh-faces as I was in the early days of my career as a U.S. Coast Guard flight mechanic (despite the youth-preserving biting Arctic winds – more on that later), I’m game to tackle any challenge thrown my way and have certainly seen a lot both inside and outside the hangar. Even now, in my twenty-fifth year in aviation, I couldn’t imagine myself doing anything else. So, what exactly do I do? Let me break it down for you.

Why aviation engineering is my calling

I’m the Lead Flight Test Specialist Engineer here at Volocopter, but my love of aviation goes back to childhood, when my mother would take me flying in a single-engine Cessna. She’d also take me to air museums, to learn about and be inspired by the past. Later, as a teenager, I used to dream of being a helicopter pilot, and so when I graduated high school I got my foot in the (aircraft) door by working as a helicopter flight mechanic for the US Coast Guard. There were only 3% of us women mechanics, as we were told at the time. Sadly, my less than 20/20 eyesight disqualified me from becoming a full-fledged pilot, but I did get to work in the chilly climes of Alaska as the first woman to be assigned to the “Alaska Patrol” helicopter unit in Kodiak. There were some great times and some tough times, and the experience helped shape me into the resilient person I am today.

Frankly, I just love anything to do with aircraft – from flying and testing to fixing, my passion runs the gamut of hands-on engineering tasks. Honestly, I don’t think I’d be happy if my job didn’t still involve at least something related to touching an aircraft.

Other milestones in my career include graduating from university as an engineer, working for three different wind tunnels, a nearly five-year stint at Mitsubishi Aircraft, and an even longer time with Boeing. Although I’ve been in various flight test engineering teams on ten prior certification programs, it was a breath of fresh air when I joined Volocopter. While its innovative aircraft concept took my breath away, I’ve also felt a lot of respect from my peers since day one. This is a company that appreciates all types of talent, and where getting respect is based on good old-fashioned hard work.

My U.S. Coast Guard crews welcomed me with great professionalism and a healthy dose of good humor. I’ll never forget my first deployment, where we used our helicopter on a ship in the Bering Sea for six weeks in early winter. Another unforgettable moment was my winter survival training in the Alaskan wilderness. Or the first time I saw a Kodiak bear during a patrol! And the day I earned my gold Flight Mechanic wings was definitely one of the proudest moments of my career to date.

A trip down memory lane: Jaime in action for the U.S. Coast Guard 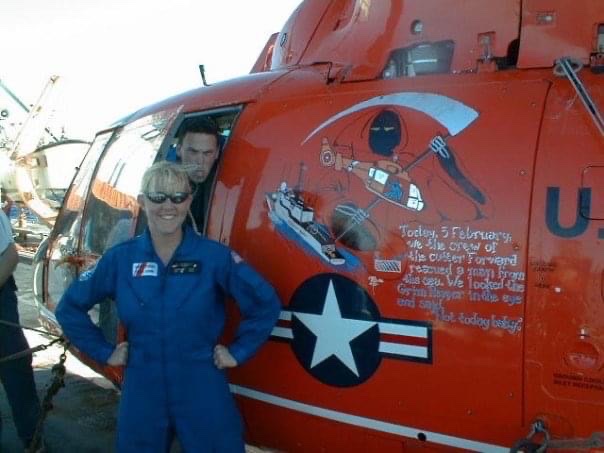 A trip down memory lane: Jaime's all smiles for a quick pic before she boards the chopper 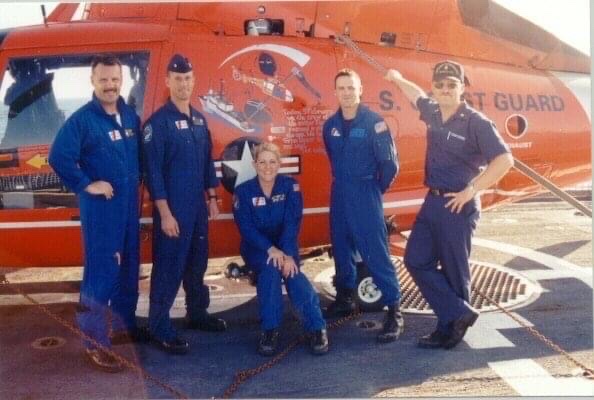 A trip down memory lane: Four men and one skilled lady

My passion for Volocopter runs deep

I’m now in charge of the team that controls our futuristic aircraft test configuration. That includes the vast array of steps that help us get it ready for the battery of tests it must undergo. My team is also responsible for staffing the telemetry room during testing to monitor the relevant parameters. So, if anything does run counter to our expectations, or if the aircraft should be damaged during testing, we put on our troubleshooting hats.

Another one of my team’s duties is to coordinate with the Design Office should we need to make changes to the aircraft. This ensures it’s ready to face another series of tests. There’s never a dull moment in my department!

But what I especially love is the hands-on aspect. Being part of flying the aircraft and witnessing its evolution is what it’s all about. For me, this is where all engineers’ efforts come together, and we can really see the fruits of our labors.

Moving to Germany was a challenge, but all things considered, joining Volocopter was a great move for me. It’s certainly the most diverse company I’ve ever worked for! I get the chance to meet people from a different country almost every week! There’s a lot of interesting and dynamic people here, and their different ways of approaching a task really feed into making our product one of the best on the UAM market. I can honestly say it’s an eye-opening and humbling experience to be part of such an exceptional multinational team.

The 3% of women in aviation I mentioned earlier hasn’t increased very much throughout the industry. These days, female mechanics and engineers are still a rare commodity. In fact, only 20% of U.S. engineering and IT graduates are women, across all disciplines. The difficulty lies in how there are few prominent role models to encourage women to join this fascinating industry. So, I’ve always tried to promote my work through outreach efforts and show girls and women some of the possibilities. In the past, I’ve given talks at schools, led workplace tours, and tried to do anything I can to spread enthusiasm for engineering and aerospace.

Since my German skills are still in a fledgling state, I haven’t been able to continue my local efforts to encourage more girls to become engineers since joining Volocopter. But I have set aside some time for video chats, with the goal of keeping up with my classroom outreach efforts back in the U.S.

I’ve also been involved in mentoring veterans who wish to transition into engineering. After all, in our global mission of bringing urban air mobility to life, it’s crucial that we get inspired engineers from all backgrounds on board to support our efforts on the ground today. 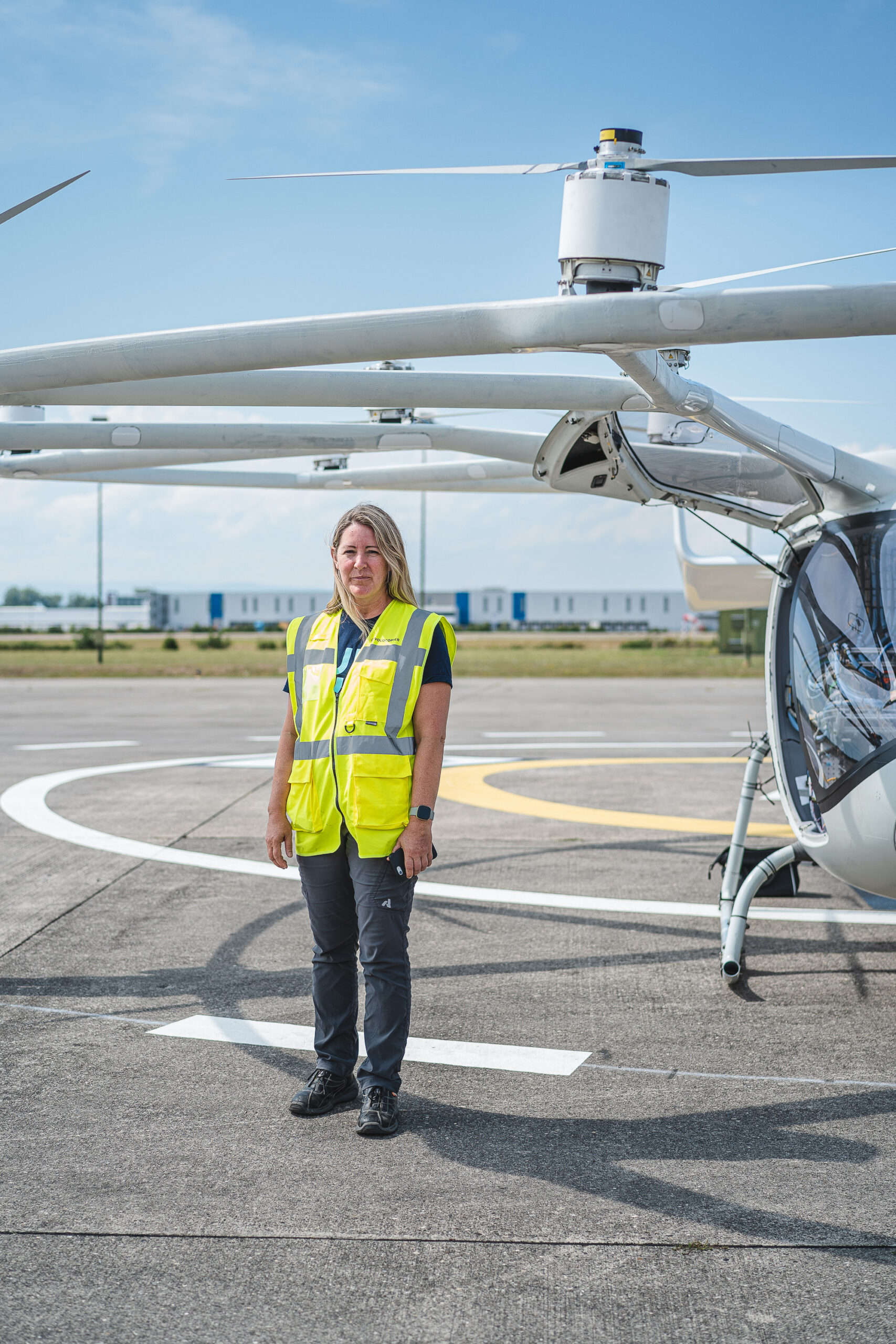 "I don’t think I’d be happy if my job didn’t involve touching an aircraft."

My proudest moment at Volocopter so far

The first flight of the VoloCity was the most amazing day. First flights of any new aircraft are exciting, but it is truly inspiring to be part of something that actually feels like it will change the world. Subsequent flight test days where we’re “expanding the envelope” and setting new records for our multicopter always put a big smile on my face. And Volocopter’s certification will likely be the best champagne-popping moment of my career so far. And I know it’s thanks to an amazing team of people who believe in big goals with the potential to transform the world.

Inspired by Jaime’s story? If you’d like to follow in her footsteps, then be sure to browse our latest vacancies – the Volocopter Flight Test team is hiring for multiple roles! No matter what your gender – or your nationality, for that matter – we’d love to hear from talented individuals with the right skill set.

HAPPY TO HAVE YOU!
To activate your subscription, please click the link in the email that should have already landed in your inbox. Please also check your spam folder.
Error
Recipient could not be created (Internal API error).
Error
Recipient with email already exists.
THE NEWSLETTER
Sign up for the Volocopter Newsletter and receive all the latest UAM intel.